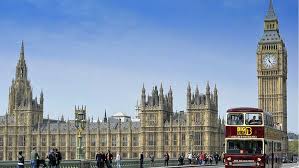 At 1430 today there is a Westminster Hall debate on the Role of the Trade and Agricultural Commission in International Trade Deals led by Neil Parish MP.  This is a really important topic in light of that fact that the Government has signed an outline deal with Australia and are negotiating six different FTAs  including CPTPP, Canada, Mexico, India, Vietnam and New Zealand. TAWC has been lobbying MP to attend the debate to raise the key issues around agriculture, animal welfare and the environment.

The Trade Act 2021 mandated the Secretary of State to set up the new Trade and Agricultural Commission (TAC) to provide independent advice to the Secretary of State and to Parliament on the impact of any Free Trade Agreements.  On 2nd March 2021, the interim Trade and Agriculture Commission delivered its report setting out 22 recommendations for the UK to deliver on if it was to fulfil its manifesto commitment not to reduce animal welfare standards in free trade agreements. This report was welcomed widely, however the Government has not formally responded to the recommendations. The interim TAC was disbanded and we do not have a Commission in place at this very crucial time in which we are negotiating and signing trade deals.

TAWC believes it is urgent that the Government now establish the TAC owing to the expectation that the Australian Agreement in Principle (AiP) will be laid as an FTA in Autumn 2021. The TAC is needed to review that AiP and produce an impact assessment particularly around the impact of beef and sheep tariffs on UK animal welfare standards. This is very important in light of the fact that the Australia FTA is the most advanced deal the UK has done post Brexit and because the UK Government has not yet clearly set out its trade strategy.

In light of the Autumn timetable, the TAC needs to be set up within the next couple of weeks to enable it to consider the AiP and issue its report.  Failure to do so means the Government may not comply with the Trade Act 2021 and in doing so will lose a huge amount of faith and goodwill from the public and NGOs on its commitment to transparency and upholding standards.

Additionally, the overview from TAC will provide a valuable perspective for Parliamentarians to consider when they are discussing the pros and cons of an FTA and to what extent the FTA provisions comply with the UK’s statutory provisions relating to the environment, animal welfare and animal health. The UK has over 40 specific animal health and welfare standards set out in legislation and more in the pipeline. Agreeing trade deals without tariff and non-tariff protection could undermine these standards threatening UK producers.  Parliament has shown strong support for policies that take animal welfare and environmental standards even further within the Agricultural Act and the Environment Bill as well as the other measures to come. The recently published Food Strategy also called for core standards on animal welfare and to ensure these are safeguarded in trade deals. All of the domestic policy is clearly aligned and it is crucial to ensure trade deals are not contradictory to the direction which elected members have agreed. The TAC is both crucial and central to providing an expert and informed opinion for Parliament to use to scrutinize the proposed FTAs, to feel confident that standards are being upheld and to reassure the public that there is transparency.

We hope that in this debate MPs will request that the Government: