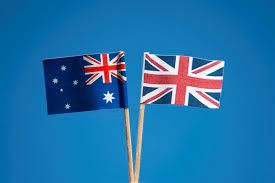 The report concludes that standards in Australia on certain issues such as hot branding and mulesing
The Trade and Animal Welfare Coalition (TAWC) welcomes the Trade and Agricultural Commission’s (TAC) report on the Australia-UK trade deal released Wednesday 13th April.

The report concludes that standards in Australia on certain issues such as hot branding and mulesing are lower than in the UK but would not result in undercutting of UK standards through current trade levels. The report also found that certain practices such as the use of cattle in feedlots could undercut UK farmers but that standards were comparable between the two countries.

The report is limited by the mandate given from the Government which focuses narrowly on the extent the UK’s statutory animal welfare and health standards will be impacted by the trade agreement. It does not, as it cannot, predict the impact of future trade flows that might arise from the implementation of the UK-Australia FTA. Therefore, it did not consider whether it could lead to a chilling effect on UK animal welfare standards, due to future import surges, or whether the UK consumers would be inadvertently purchasing products made from practices that they deem cruel for animals.

The report confirms that imports of beef derived from animals raised on feedlots will increase but focused on cost differences and the space available for animals. While the use of feedlots is not prohibited in the UK, this is a practice that UK consumers do not want to further fuel, for the sake of animals and of the planet.

The report also confirms that there is no reference to the use of the precautionary principle in the SPS chapter. This principle is important for animals as several trade restrictions based on animal health and relying on it are beneficial to animal welfare. The UK should thus strive to adopt with Australia an interpretation of the relevant provisions reaffirming the right of the UK to rely on such a principle.

David Bowles, Chair of TAWC pointed out that:

“The TAC report confirms the many examples of lower animal welfare in Australian farming. Cattle, for instance, do not have to be raised on pastures, hot-iron branding is still permitted in all States and Territories of Australia and indeed in some States is actually mandatory. Lambs are bred from sheep which have undergone the cruel practice of mulesing which is used widely across the country. This deal could mean that the UK fuels cruel practices abroad that are not accepted domestically.”

The UK Government has resisted multiple calls to introduce core standards to imports, including the TAC’s previous recommendations. TAWC published its core standards for animal welfare which were widely supported and should form a key part of UK trade policy. This has been further reinforced by RSPCA, WWF and NFU also calling for core standards.

In discussing the differences in animal welfare standards, the TAC report repeatedly confirms the UK’s ability to invoke the exceptions under WTO rules to restrict trade where ethical concerns, such as animal welfare, exist. The UK has made no indication if it will invoke this ability. This reaffirms the need for the UK to publish a comprehensive trade policy, looking not only at bilateral trade negotiations, but also at the WTO level and at what can be done from a unilateral perspective.

“The UK Government has stated its ambition to have world leading animal welfare standards. With core standards in place, the UK could have upheld this position. It’s a worrying sign for future trade deals, as well as a missed opportunity to promote higher animal welfare in third countries”, Bowles continues.

TAWC urges the UK government to move forward with core standards before any further deals are signed.