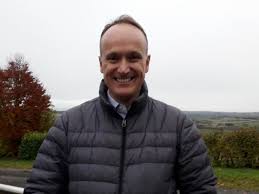 Neil Hudson MP is the only vet in the House of Commons and so it well qualified to be a leading voice on all issues relating to animal welfare. During the debate on the Trade Bill, Neil Hudson told Parliament that animal welfare must be at the highest standards in future trade deals.

Indeed such was his strong position on this issue that Dr Hudson voted against his Government to support amendments to increase Parliamentary scrutiny and uphold the UK’s high animal welfare and food standards in future trade deals.